Weird Wonders of the Gulf of Mexico 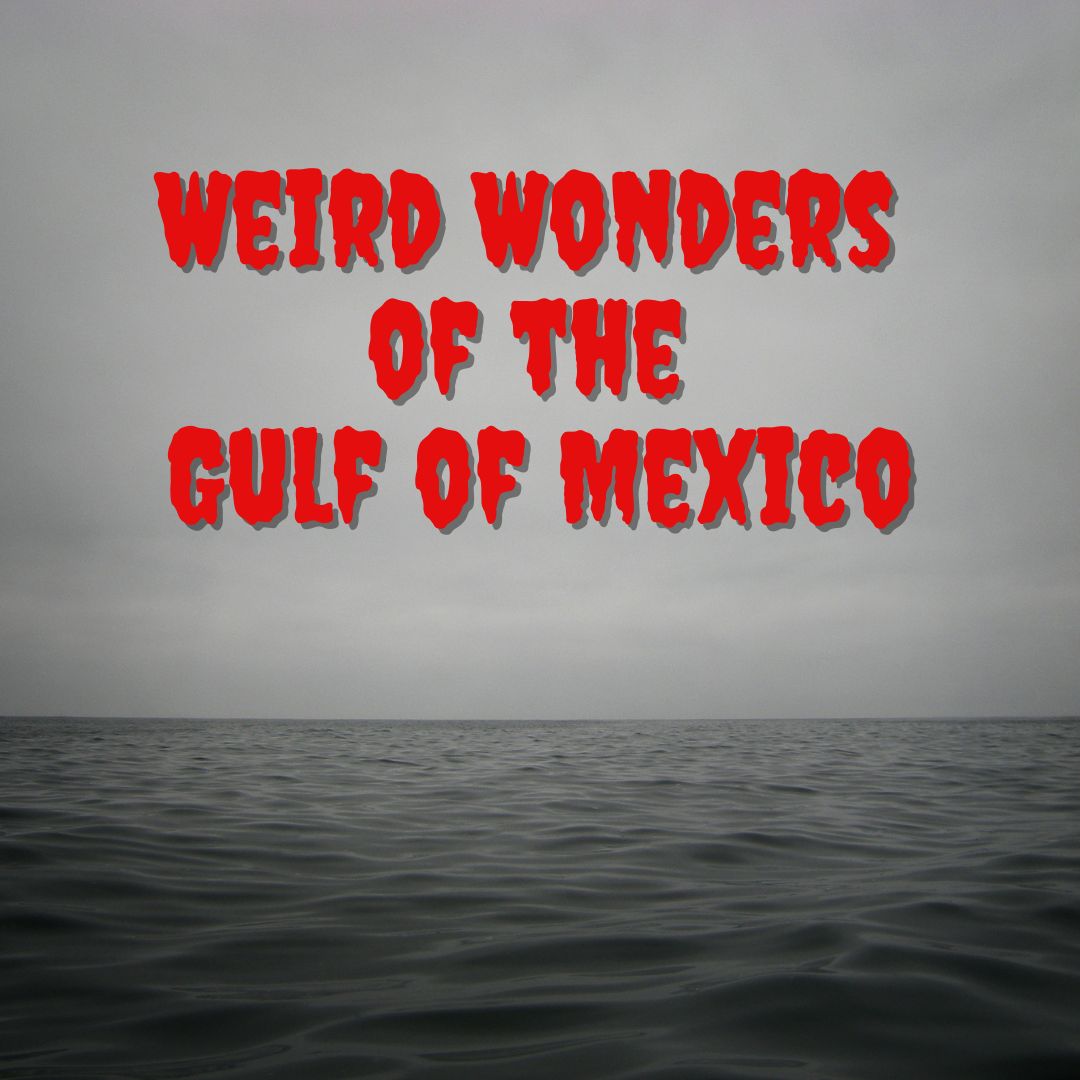 Hold on to your candy corn because things are about to get weird. Check out our Weird Wonders of the Gulf feature, from the oldest living thing on earth to wacky costumes based on some of our most weird species.

Oct. 25: It’s dark, desolate, devoid of most life, and it has a super creepy name. That’s why our first Weird Wonder of the Gulf this spooky season is the Hot Tub of Despair. It may not be boiling at 66 degrees, but the salt content in this 12 feet deep underwater pool can be four times more salty than saltwater. That means any unlucky sea creature that finds its way in will end up dead and pickled. Discovered in 2016, the Hot Tub of Despair is located in the middle of the Gulf of Mexico in about 3,300 feet of water. Photo courtesy of Nautilus Live www.nautiluslive.org 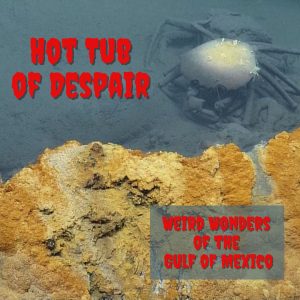 Oct. 26: The word shipwreck brings up scary images of storms, wars, and old wooden ships decaying on the sea floor. Did you know there are an estimated 4,000 shipwrecks in the Gulf of Mexico? While creepy, these weird wonders also act as habitat and important time capsules of our past. 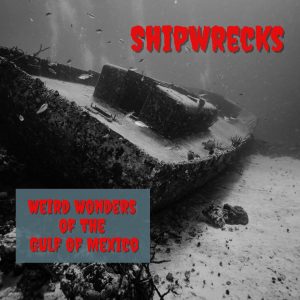 Oct. 27: It’s ancient, its insides are black, and it can live in depths no human can survive. That’s why black coral is today’s Weird Wonder of the Gulf. These unique species have a black center with a spooky red, orange or white outside and live in deep waters (1,000 to 28,000 feet). What’s even more miraculous is their lifespan. Scientists have found black corals in the Gulf that are over 2,000 years old. And because they have growth rings just like trees, black corals may allow scientists to peek into the past. 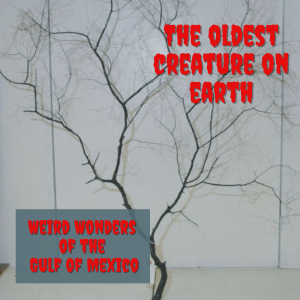 Oct. 28: Venomous spines aren’t the scariest thing about today’s Weird Wonder of the Gulf. This species, native to the Indo-Pacific, was first spotted off Florida’s Atlantic coast in the mid-1980s. They’ve quickly spread across the Gulf of Mexico, negatively impacting native wildlife and habitat along the way. You can help give back to the Gulf by telling others about lionfish and not releasing your pets into the wild. If you enjoy eating fish, lionfish are flaky and delicious and they do not have venom in their meat. 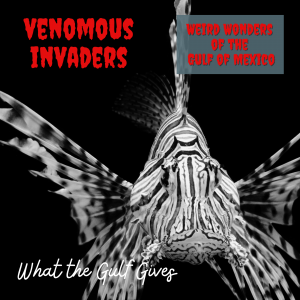 Oct. 29: Fish, crabs, and eels are meant to be out to sea, not bunched up near shore, which is why the mysterious phenomenon known as the “jubilee” is today’s Weird Wonder of the Gulf. While jubilees have been known to occur elsewhere, it’s only in Mobile Bay, Alabama, that they occur regularly. Jubilees are naturally occurring low-oxygen events that drive marine animals to the eastern shoreline of Mobile Bay every summer. Photo: Richard Scardamalia 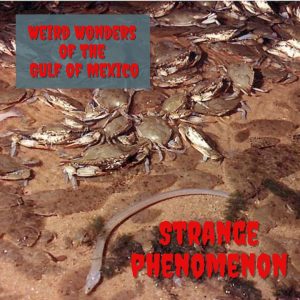 Oct. 30: They’ve been around since the dinosaurs, they have toxic roe and sharp pointy teeth, and they get big, real big, up to a whopping 10 feet long and 350 pounds big. That’s why today’s Weird Wonder of the Gulf is the alligator gar. You may be thinking, but hey, that’s a freshwater fish. While alligator gar are found primarily in rivers, they can and ARE found in the saltier areas of the Gulf too. See one while swimming? Don’t fret. Contrary to popular belief, they do not attack humans. Most injuries caused by alligator gar happen while fishing. 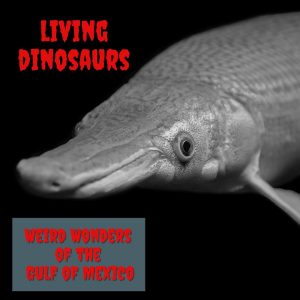 Oct. 31: Happy Halloween! Looking for last minute costume ideas? Look no further than the Weird Wonders of the Gulf. Scroll through our photos for inspiration!

They are venomous, pokey, and the first very successful marine invasive species. Which makes for a scary costume. We lucked out here because we had this costume on hand for a while, but it is still pretty easy to make with a white dress and some red and black paint. 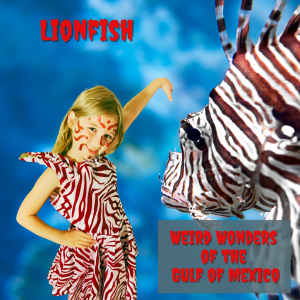 Red tide
If you live on the Gulf and have experienced a red tide, you know all too well why this fish killer is scary. But going as red tide for Halloween is quick and easy. All you need is as much red as you can find in your closet, and either a Tide detergent box or a printer to print the logo out. Bam, you are red tide. 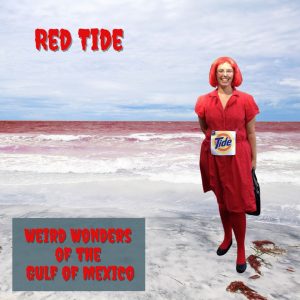 Ghost crab
These cuties shy away from most who come near, but their name makes for a fun Halloween costume. For ours, we used the classic ghost look via white sheet, some pipe cleaners, foam balls, googly eyes and a headband for the eyes, and felt and hot clue for the claws. 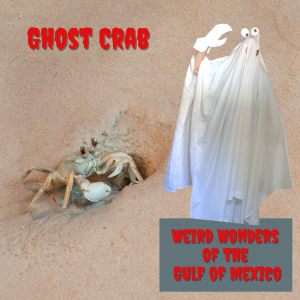 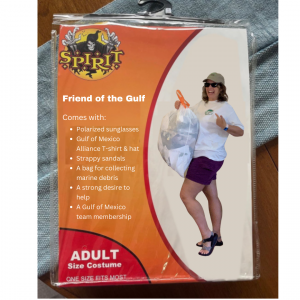 Vampire squid
They are red and spooky, but these cuties aren’t vampires and they don’t drink blood. But they do make for a unique costume. For us, we threw together a make-shift squid head out of an old Santa Claus hat, a red file folder, and some googly eyes. 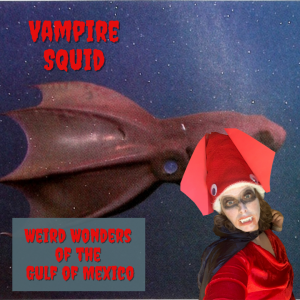 Goblin shark
You don’t get much more odd looking than the Goblin Shark. These deep sea, slow moving creatures are known for their long snout, which helps them sense prey, and for the fact that their jaw can thrust up to three inches out of their mouth (yikes!). We really lucked out when we found a hammerhead shark costume at our local thrift shop. With a few modifications, bam, you have a goblin shark.
Photo by Peter Halasz; Natural History Museum in Vienna